It’s going to be renewed the yearly appointment with LPM – Live Performers Meeting, international meeting for artists, professionals and amateurs of visual, veejaying and live video performance, coming from all over the world.

Last year, LPM involved 180 artists for 120 groups coming from China, Uruguay, USA, UK, Poland, Hungary, France, Croatia, Serbia, Macedonia, Spain, Germany, Denmark, Portugal, Italy and over 14.000 visitors over the 4 days of preview and the 2 days of meeting. To face the larger and larger demands to participate to LPM, this fourth edition will be provided with an open air space intended to live set performance and to place and commercial stands. For the same reason the meeting will last 4 days.

The LPM Preview, was held on september 8th, at the Palazzo delle Esposizioni in Rome, in the day of its extraordinary opening to the public, during the Roman Notte Bianca.

The preview, as part of a big multidisciplinary event edited by Zone Attive (Azienda Speciale Palaexpo), was characterized by two A/V Performances: Re-Joyce:: Concert for piano, voice and projections: (Nikky, C. Judd, M. Rippa) and IC:: ntr:: l Nature (TheSAD), and projections of over 100 videos made by many of the participating artists.

This edition will give the chance to some of the most important Clubs, known at international level and experts in this field, to present their live video activities calendar in LPM as a preview for season 2007/2008.

The meeting main concept is the experimentation; so all the income coming from and for LPM 2007 will be invested in new and innovative technologies in order to sustain both the event and the research activity referred to live visual field.

LPM will be a place to interact and mix new and different concepts of art; it will be a way to approach the visual art and the live video performance. LPM will offer a real place where to talk and face each other.

During the event, as the past editions, there will be workshop, showcases of forefront software and products. The protagonists will be the live video performance, expressions of several and innovative codes and languages (theatre, music, graphic).

After dinner, DJ and VJ will perform alternatively in the open air space; they can use five consolle, 10 video projector, and different monitors.

The participation to LPM is FREE, on the web site is now possible to subscribe until the 8 of September. 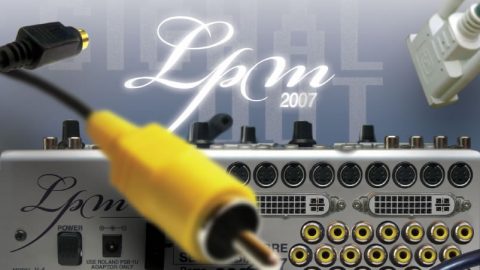