The sixteenth edition of LPM Live Performers Meeting begins on May 18th, 2015 in Formello (Rome) with a 7 days AV Residency, and will go on with the Meeting from 28th to 31st May in the spaces of Nuovo Cinema Aquila and Sapienza University in Rome.

Indeed this community of artists made the LPM 2014 Eindhoven edition a surprising event. We hosted more than 300 artists, 220 performances, workshops and showcases, recording an overall amount of 39 participant countries.

Again, this XVI edition seeks to promote the practice of live video performance, thanks to a rich and unpredictable program aimed at exploring different themes through new audiovisual languages, techniques and technologies.

The daily schedule of the event:

Vj, artists, designers, professionals and the general public will be involved in the manifold planned activities: from experimental audiovisual performances, architectural mapping shows, and DJVJ sets to workshops, roundtables, and presentations of products and hardware, with a special regard for Free and Open Source projects. Meeting areas devoted to the interaction among the hundreds of participants will be the corollary for the whole duration of the event.

To attend the meeting, participants must register by following the procedures in the “participate” section of the website, by choosing from several subscription options. To give the opportunity to host as much performances as we can receive, the maximum duration of each show is 30 minutes. Registration is open until April 28, 2015.

Through our 11 years of experience, we were able to draw a conceptual map of the trends that have most influenced the creation of live video performances, and the program of this edition reflects and investigates these trends:

LPM is designed as a place of dialogue, comparison and exchange of ideas and information between artists and fans in the field that are accustomed to meet, communicate and interact mostly in the virtual space of the network.

A real meeting place, a space that fulfills an important opportunity for dialogue and exchange, LPM encourages research, experimentation, the encounter between different forms of artistic expression, the interaction of multiple techniques and digital technologies, analog, software and hardware. LPM is an unmissable spectacle during which the audience has the chance to meet the world’s largest selection of artists active in the field of live video performances.

The Meeting aims to promote transnational movement and exchange of ideas, artworks and artists. All funds recovered by LPM are invested to support innovative research and experimentation in the field of live visuals with the latest technologies. LPM is part of AVNODE, whose objective is to improve and promote the veejaying culture worldwide.

Realized in collaboration with international partners and co-organizers, the project includes a series of previews and promotional events focused on live video to be held inAustria, Belgium, Czech Republic, France, Germany, Greece, Hungary, Italy, Netherlands, Poland, Spain, Turkey and United Kingdom, during the most important European festivals and cultural events.

LPM is part of the LPM 2015 > 2018 Project, which has been admitted, amongst 127 applications submitted, to the Creative Europe Culture Program for European Large Scale Cooperation Projects. LPM 2015 > 2018 is a cooperation project between 14 partners from 13 countries, aimed to promote and develop live video culture to European and worldwide audience with 15 events per year. 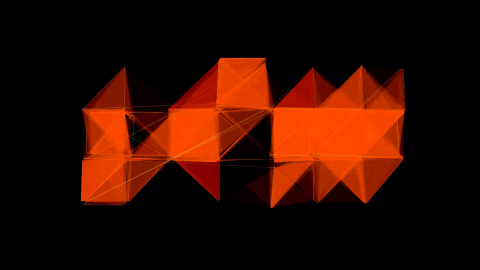