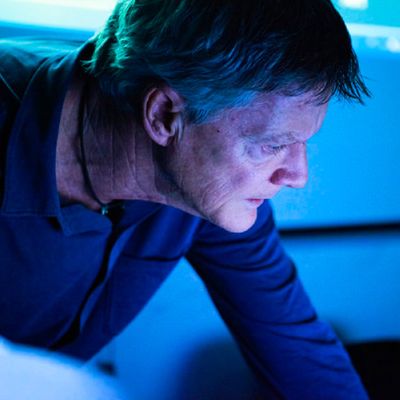 He has worked on digital effects for films such as “The Matrix”, “Tomb Raider”, “Dark City”, “Nirvana” and “Vajont”. In recent years he specializes in video installations for multi screen and immersive environments and also digital graphics for interactive dance productions and contemporary music, including the series Koine’ for Pommeriggi Musicale at Teatro Del Verme, Milano in 2011 and Biennale of Music in Venice in both 2012 and 2016 the latter a concert by the Ensemble Orchestral Contemporain, music by Grisey.

His work in opera includes 3d stereoscopic virtual sets for a prodution of Bartok’s “Bluebeard’s Castle” for the Hungarian State Opera (2011) and also virtual sets with LED lighting for a production of Monterverdi’s “L’Orfeo” in Canberra in 2014.

Orchestral work
he created sound reactive visuals for performances of Debussy’s “Children’s Corner” and “Pictures at an Exhibition” by Mussorgsky (2014).

Since 2014 he has performed regularly in Russia live visuals for leading contermporary composers, in particular Nikolay Popov. At the 2019 Salone dei Mobili worked on the installation “AQUA – Da Vinci’s water vision” for Balich Worldwide Shows.

He is a regular performer for music festivals at the San Fedele Auditorium in Milano.

He has published papers for the ASC (Australian Society of Computing) and has been interviewed for various online journals, including Backstage Magazine and the Music Biennale of Venice, 2012, .

Andrew Quinn has lectured at the Venice Biennale College, Milan and Moscow Conservatorium of Music, IUAV Venice, IED and NABA Milano, Quasar Institute of Design Rome, the ANU Canberra, the Australian Film School Sydney and summer school for the UCLA. He runs courses for the leading live visuals software TouchDesigner from Derivative, Toronto.

In Milan and later Australia he created an innovative course in interactive media for teenagers including a final performance.