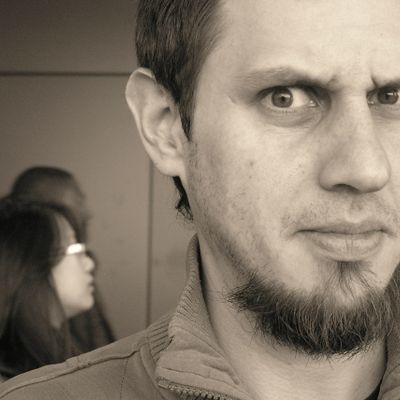 Mexico, Mexico CityNetherlands, Amsterdam
Enrique studied the Licentiate degree in Compositional Techniques in the Musical Education and Research Center (CIEM), degree endorsed by Trinity College of London. From 2008 to 2010, he studied a Master’s degree in Composition for Film at the Conservatorium van Amsterdam.

He is dedicated to write concert and film music. His music has been performed by the Mexico City Wind Quintet, Het Trio, Jos Zwaanenburg, Ossia Ensemble, Avlitria Ensemble, Vincent Carver and Platypus Ensemble; and it has been performed in diverse forums like IGNM Strommusik in Viena, Manuel Enríquez International New Music Phorum, Amsterdam Blockflute Festival, Festival of Contemporary Music of Michoacán, among others. He has been winner of the Tribune of Mexican Music 2004 and 2012, the Composition Contest of Michoacán, and the Tribune of Latin America and Caribbean Music 2004 awards. He represented Mexico with Los Mensajeros, piece for wind quartet, in the 51th International Rostrum of Composers held at Unesco in Paris, which has been broadcasted in Mexico, Latin America an Europe. In 2012, La Muerte Multicolor for percussion quartet was selected by the Mexican Music Council to represent Mexico in the 59th TIC, organized by the International Music Council in Stockholm.

In Europe and abroad, Enrique Mendoza has worked closely with various performers to break new ground and gain specific insights into the instruments and the performer’s personal expression. He wrote La Voz del Silencio a piano quintet, which was premiered in Amsterdam. Following his close work with performers he wrote La Sombra, duet for Bass Clarinet and Cello, as the first step of a permanent colaboration with Avlitria Ensemble, this piece was premiered in the Amstelkerk in 2011. Following his characteristic dark aesthetic and in conjuction with another Michael Ende text, Mendoza’s percussion quartet La Muerte Multicolor was World Premiered on June 3rd 2010 in Amsterdam. This quartet was performed at Eindhoven in the international composition competition of the “Tromp Percussion Festival” in late November 2010.
In STEIM studios he has been developing his electro-acoustic composition using custom software and advanced music technology, leading him to compose and premiere two pieces in STEIM and a comission from Jos Zwaanenburg to write him a piece for flute and electronics, premiered in London in February of 2012.

He is author of the Student and the Professor Music Book for 2nd year of Secondary Schools published by Santillana Publishing Company.