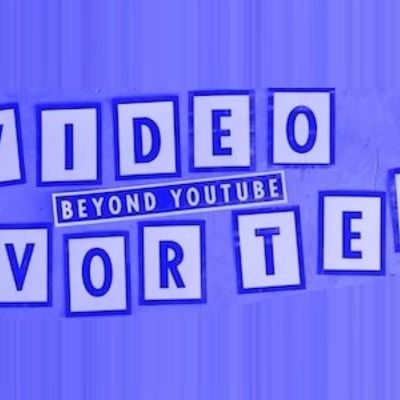 Germany, Hohendubrau
After years of talk about digital convergence and crossmedia platforms, we are now witnessing the merger of the internet and television at a spectacular pace. From laptops, to mobile phones and urban screens, the speed with which moving images are created and then shared across the web of the internet has taken an almost omnipotent position within our society and shared culture.

For the film and television establishment, its media organisations and conglomerates, fusion with the internet is marked by copyright issues and the shift of audiences away from ‘one-way’ media towards popular video-sharing websites, and are all part of the development of a broader participatory culture. On a cultural level this development also raises critical questions, for what will it mean when parts of our everyday life not only can and will be recorded (with or without our knowledge or permission), but are then instantly distributed on the Internet?

The Video Vortex project aims to contextualize these developments by tracing continuities and fault lines across recent decades in artistic, activist and mainstream activity. Contrary to the way online video is frequently understood and presented as something entirely new, it has long threads woven into the history of visual art, cinema and documentary production. The rise of the database as the dominant form of storing and accessing cultural artefacts also has a rich tradition that needs exploring. As a platform for artists, film and video professionals, and researchers, Video Vortex responds to this emerging field, and offers a crucial space for the exchange of knowledge and experiences.

Since 2007, Video Vortex events, conferences, workshops, and exhibitions have taken place throughout (and outside of) Europe, and includes the publication of the first Video Vortex Reader (2008), and the second one being published March 2011. With this program, the Institute of Network Cultures in Amsterdam, and its project partners, have been initiating and facilitating a deep study of online video in its diverse forms and uses, and further, its impact both on, and within, the information society.