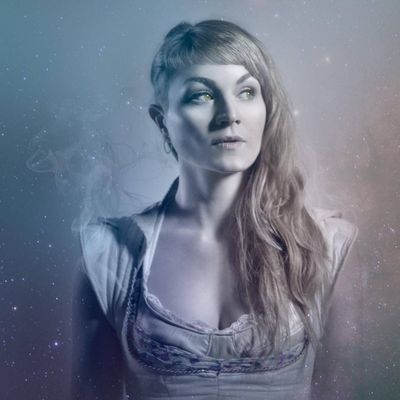 United States, Seattle
Ilen Halogram is a cosmic diva born, raised, and residing in Seattle. With 20 years continuing experience as a professional singer, actress, and dancer in musical theatre, recording, and television Ilen's life is devoted to the further mastery & visionary application of vocal, musical, theatrical & dance performance. Through her masterful voice, theatrical flair, and unique take on reality Ilen's music and art has the ability to be grounding while taking you on a totally out of this world experience.


Ilen has performed in over 40 productions in Seattle, NYC, and LA at such theaters as, 5th Avenue Theatre, Village Theatre, Seattle Children's Theatre, The Producer's Club, and others. She has performed on national & international television (NBC, TBN, KCTS). She has sang/ recorded with Chaka Khan, Peter Cetera (lead singer of Chicago), Howard McCrary, JahSun, Ras Attitude, The Goddess Alchemy Project, Michael Mannahan, Splatinum, Luke Mandala, Mykah 9 and many other acts up and down the west coast. She has performed at many west coast festivals such as, Photosynthesis (WA), Earthdance (CA), Decibel Festival (WA), Burning Man (NV), Sierra Nevada (CA), Reggae Rising (CA), Oracle Gatherings (WA) and more. Ilen is an accomplished songwriter and music producer and was chosen by BMG & Billboard Music as one of the top 10 independent artists of the West Coast. Ilen has been teaching voice in the Seattle area for over 5 years.

Ilen Halogram dreams of co-creating a bold & colorful new paradise through the synesthetic integration of her performance. Ilen is deeply thankful for her connection to destiny and infinity. She is honored to connect with you through musical performance.