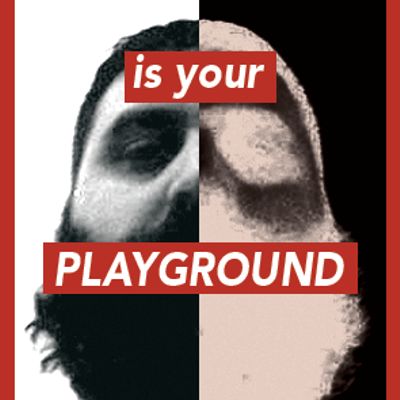 Italy, Roma
Sociologist with a Master on Cultural Anthropology at "La Sapienza" University in Rome, Francesco WARBEAR Macarone Palmieri is an international stimulator of confrontation and deepenings in fields such as Urban Anthropology, Media Studies, Literature, art and Emotions sociology, Cultural Studies.

In the mid- nineties he starts to write for academic and independent Publishers and creates his own magazine entitled Torazine meanwhile organizing events about the same topics inside institutional and independent spaces in Italy.
In 2003 his first book about countercultures and technology entitled "Free Party" is published by Meltemi Edizioni.

In 2003 he gives life to one of the first Italian bear groups called Epicentro Ursino Romano through which he co-produces a bear dance party called Subwoofer and several more activities like panels, exhibitions about gender and masculinity.

After few years, with Nikky aka Jemmatemp, he creates a multilingusitic queer project called Phag Off synthesized in a monthly party in which he is the producer, promoter and resident dj. Through Phag Off he collaborates with a big network of artists, promoters and publishers that carry a post identitarian vision of the glbt culture. He co-produces other two festivals: The Queer Jubilee and the Fe/male. He participated to a lot of conferences, meetings, festivals, and movie festivals all over the world as lecturer, jury, Performer, dj.

Since 2005 Warbear works as curator for the Tekfestival; the Italian independent movie festival happening every year in Rome. He works in the redaction with a focus on the Glbt and Queer section, the Entertainment events, and the social communication.

His last project, called Reductio Ad Absurdum - TWB, born from the collaboration with dj Trix, from the roman underground musical scene. The logo simbolizes the connection between the old and the new school of djs, crossing over twenty years of dance floors and music styles, moving towards new ways in party making. The project is based on techno music and the sound works as a kind of mirror in wich bootlegs, spoken words and experimental music can reflect. TWB has been already performing in the most counterculture clubs in Rome like Neo Club, Goa Club and Kollatino Underground.