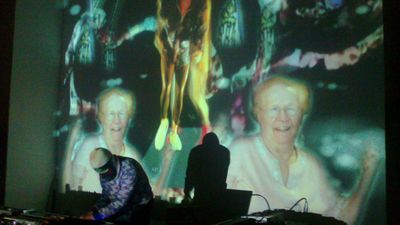 His brief discography includes two full length albums: Avidya (2011) which contains a compilation of recordings made between 2006 and 2009, and Yonaguni (2012), released by the netlabel Michita Rex.

Of unclassifiable vocation, the project successfully navigates through the liquidness of the present time. From a third world enunciation, the sounds and visual cues symbolize the key words of our moment: multiculturality, Screen, One Self and New Age."

Excerpts from a text by Sebastian Sampieri