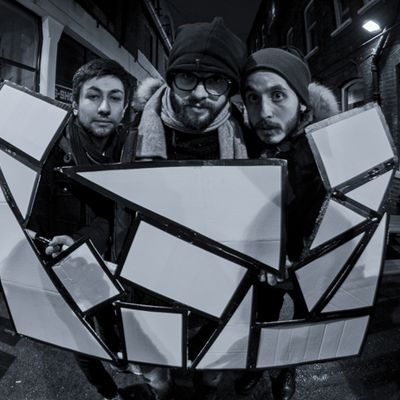 In a Sleeping Mood ft Jacopsen

Italy, GuardiagreleUnited Kingdom, London
In a Sleeping Mood is a multi instrumentalist duo that finely blends pure electronic and concrete sounds with classical elements. Their compositions are a mixture of intense ambient textures and heavy glitch rhythmic patterns. Mauro Polito and Donato Panaccio have already released two Eps:
-Nebula (2010) – Released by Anomolo Records (2000 downloads)
-Draft (2011) – Released by Yo!Netlabel (4500 donwloads)
They're currently working on their first full length album. Their live show is an audio/visual experience that deeply immerses the audience in a world of sounds.


Jacopsen born November 5, 1987 in Guardiagrele, a village in the province of Chieti, Abruzzo, now lives in Milan and is studying at the IED, after having attended and received his first level degree in Economics and Marketing at the University of Bologna. Since the age of 10 years, had a passion for photography, graphics, and between a click and the other during his high school years, beginning with the organization of events, while with his band, the Blame Project begins to delve into the world of music. Over the years led him to undertake work to improve and graphic designers, photographers, webmasters and videomaking; coming in, thanks to the friends of Elettropark, in the circuit of the VJing. His artistic name becomes Jacopsen and from this moment will have to deal with important DJs, clubs, festivals and events. He chooses as his traveling companions a mac book pro, the controller Novation SL MkII and his favorite programs: Resolume Avenue, Millumin, AdobePremiere, FinalCut and After Effects. In recent years he deepened his studies for mapping, architectural 3D mapping and audio / video, experimenting with new genres of video and realized thanks to them audiovisual entertainment events, together with staff of AELION PROJECT of which he is founder and art director.