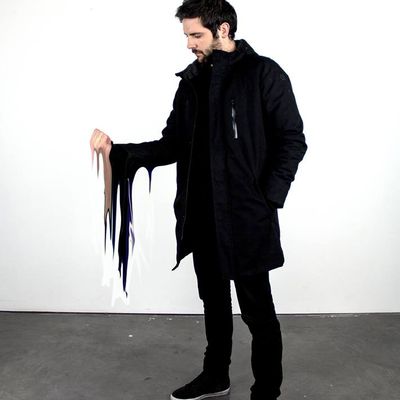 Belgium, Brussels
From 2006 to 2011, Antoine De Schuyter held the role of Assistant Professor at the Belgian National School of Visual Arts in La Cambre in the section Printed Images Silkscreen.
Through his training, he apprehends video as he does with matters and inks in screen printing and painting, manipulating it and pushing it to its limits.
The audio side being essential in his video works, he learns to manipulate and produce sounds.
He created the soundtracks of several dance shows and short films (sound and image of "Motion Handler" (2011), co-created with the choreographer Léonore Guy, "Last Door to the South" (2015) directed by Sacha Feiner, ...).
In 2012 He founded "about: blank", in collaboration with the artist Kate Wintjes. This project is dedicated to the confrontation and hyper synchronization of sound and image but also to explore the digital video by manipulating its most basic element, the pixel. As part of this project, he has worked with many musical artists on clips and vj sets (Plaid, Roel Funcken, Venetian Snares, Kangding Ray, Noisia, The Field, etc ...) and participates in many events and audio visual festivals in Europe (Splice Festival, BAM Festival, Gem Fest, Electronic Beaches, Bozar Night, ...).
In 2016 and 2017, he collaborates with the artist Stephanie Roland by working on the soundtracks of two of her installations.
During the year 2017, his artistic works will be mainly audio-visual installations, confronting space, sound, light and matter. He presents them at the gallery Ton Piquant, the White Art Walk 2017 and the Garages Numériques 2017.
Beside his artistic creation, he works as an editor and SFX artist in the production company LovoFilms, allowing him to work since 2009 on several hundred films, mixing advertising, short films and music videos.
In March 2018 , He is been invited to present his audiovisual performance "From wild to technologic" at the TedX Brussel.