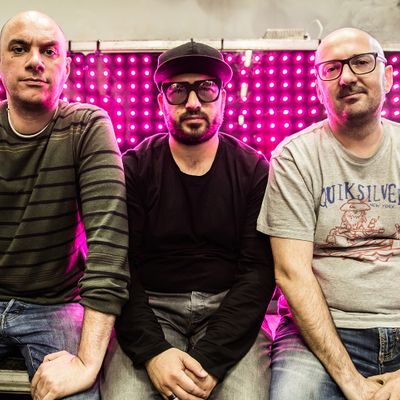 Italy, Milano
ENLITED
Light and sound
This synergy means that you create powerful and effective molecular alchemy that produce amazing opportunity for stability, balance and consequent renewal of the visual and auditory perception of the individual.

Enlited is a sensory performance that leads us to the discovery of new electronic sounds associated with LED technology.

LAB9 is a Dynamic Visual art project, borned in Milan scene from two young designer’s collaboration. The first performances, in 2001, in analogic mode left the old style mixing to the live vj set. In 2004 they took degree in Politecnico University of Milan in Industrial design with thesys on Vjing: new frontier of video art, through a audio video live performance with two screen: “Spagh@ti.it”.

After this we started to play video in many clubs of Milan. We collaborated with Italian Television channel 5, Italia 1 as scenography video in real time for tv programs: Il Bivio, Giallo Uno, Mistero, In Forma.

From 2007 we are vj resident at Amnesia Milano. Resident Vj at Social Music 2015 and 2016. Content video and Vjing at Movement Festival – Torino.
Videomapping at Museo of Technology of Milan, Palazzo de Cibeles – Madrid, on Metitrebbiatrice Laverda, Fondazione Prada.
Now we play with led bars and pixel led; we started with DMX-Artnet technology to pass to Arduino technology to control all pixel leds.
Stage design, led mapping and vjing are our food.