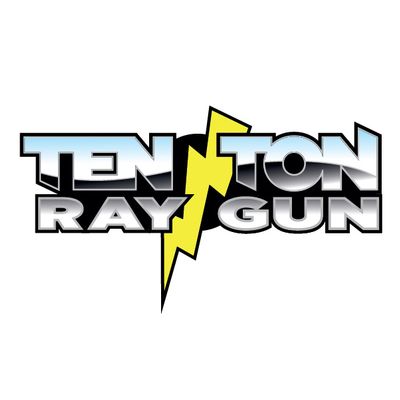 France, NiceUnited States, Los AngelesUnited States, San Francisco
Eric Medine is a San Francisco area artist working in multimedia and video art. He received his BFA from the School of the Art Institute of Chicago in 1996 and his Masters degree at the the Otis School of Art and Design in Los Angeles, California in 2006. While in Chicago he ran Drivethru Studios, a not-for-profit art gallery a dedicated to emerging artists working in painting, video, and sculpture.

He has shown work in galleries and museums such as the Track 16 Gallery in Santa Monica, the SuperSonic Exhibition at the Barnsdall Art Park in Los Angeles, Walled Cities Gallery in San Pedro, Andrew Shire Gallery in Los Angeles, the Museum of Contemporary Art in Los Angeles, xm:lab in Germany, the LPM festival in Rome and Mexico City, the KuunsterHaus in Saarbrucken, and the KunstVlaai Exhibition in Amsterdam. He has given numerous lectures, workshops, and presentations on topics such as curating electronic art, hacking video game hardware, and software programming for live video exhibitions.

Most recently he gave a lecture at the LPM festival in Rome, Italy, on the subject of YouTube hacking for live video mixing, at FAB LAB in San Diego on the subject of programming Processing applications for Android mobile devices, and at MOCA in Los Angeles on hacking video game controllers for video installation applications. He is also the founder and CEO of and director of TenTon Raygun, a multimedia design company specializing in flash video loops for video mixing software such as Resolume.

In 2014 he started VisualTouchTherapy, a video game platform dedicated to the gamification of physical therapy for stroke survivors. You can learn more about that here: www.visualtouchtherapy.cominfo@ericmedine.com

Dara is a San Francisco and London based artist currently working in the virtual reality and 3D scanning/art space. He is the founder and CEO of Jahan, a platform dedicated to showcasing and 3D scanning the worlds art, museums and cultural sites. Prior to settling in San Francisco he founded and ran a nonprofit based in India and Nepal which aimed to provide free Internet access across both countries

He is reachable at dara.bonakdar@gmail.com

Eric and Dara about both founders of the Metaverse Scholars Club, a nonprofit organization based in San Francisco which discusses the uncomfortable, asks the most difficult questions and is not afraid to jump in the most daunting problems involving virtual reality, mixed reality and beyond. One of the main projects the MSC is creating is a Burning Man camp involving VR silent disco, VR DJing and more.