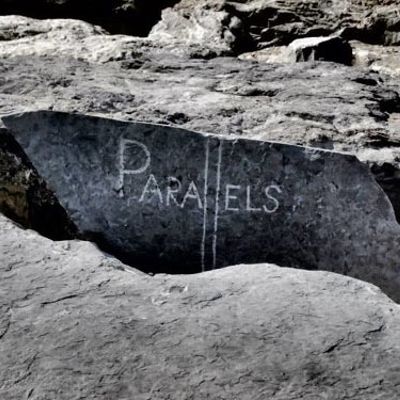 Netherlands, Amsterdam
UNDEFINED aka Parallels its about the power of sound, and emotional as physical
vibrations it creates in your body. It takes inspirations from all time zones and time periods,
from the far oriental ethnic to the modern classical electronic sound, from Japan to the
decaying Detroit, from Dubai to Berlin.
Researching, recording, making software to make the sound, producing, mixing all this
together in a parallel patterns creating soundscapes melodies and atmosphere that is out
of the home media comfort zone, classical instruments on top of analog samples , sounds
you never heard of know existed, new sounds from satellites recording the deepness of
outer space.
All of this is in order to create a space of total sensory Immersion!
UNDEFINED are Pavel &Yiannis
Yiannis Tsirikoglou is a composer / performer / sound artist currently living in The Hague.
He is completing a masters degree at the Institute of Sonology at the Royal Conservatory
of music in Den Haag with teachers like Paul Berg, Kees Tazelaar, Richard Barrett, Justin
Bennett and Joel Ryan.
He is dealing with various subjects including algorithmic synthesis, sound
sculpting using mathematical models and spatial composition / synthesis
techniques.
Pavel B. Spasovski its a audio/visual artist, producer Dj leaving in Amsterdam.Graduated
at the ‘Gerrit Rietveld Academy’ in Amsterdam.
From Techno House, Dub and Experimental electronic of all decades and seasons he
creates something that can be called the essence of electronic music. In his Live
performances and DJ-sets,which are deep, last several hours and give you the feeling of
being on another planet, he can live his eccentric, introverted side. At the same time, his
pulsating mood sweeps are electrifying, which characterise his personality as well as his
productions.
PARALLELS is one of this tunnels, a powerful audio sound music vision created in
2013 ,more focused, with strong foundations of past experiences performing in the most
underground events in Amsterdam , Paris , Berlin, parties like CIRCUS
KLATUWERCK ,CHAOS, UNK, SPELLBOUND, RADION ,PARADISO, MANIFESTO, and
many more...
https://soundcloud.com/parallelslive
https://www.facebook.com/cirkusklauterwerck
https://www.facebook.com/pspasovski
https://www.facebook.com/tsirikoglou.yiannis