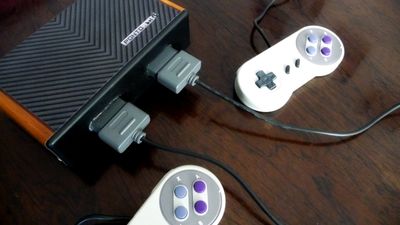 DOT, a videogame with no winner

Saturday, 25 May 2013 | 20:10 > 20:40 2013-05-25T20:10:00.000Z | Garden
‘Dot, a videogame with no winner’ is an audiovisual performance with synchronized sounds and images, played by a ‘game console’ built and programmed by the artist, and controlled by retro videogame (Nintendo) joysticks. The instrument is completely autonomous and works without the need of a computer, using only a projector and sound system to play its content.

The project was created with the idea of criticizing some aspects of game logics, but using its own aesthetics, sounds and characteristic graphic elements. The performance criticizes, through abstract images, themes linked to videogames and people’s everyday life, All images and sounds were created and programmed by the artist and they are played in real time, in a 30 minutes performance. For the live performance, the audience is invited to play with the artist, and both produce together the soundtrack and the images.

The performance has 5 parts, like the levels of a game. People from the audience are invited to play with the artist. They stay seated on cushions, on the stage, turned to the screen, controlling all the elements of the performance using 2 Nintendo joysticks – as if they were playing a videogame at home.

The performance works as a game, and each part deals with a specific theme:
- Level 1 – Fragment
Violence: critic to the stimulus of violence in games. In a hole opened over a red background, the players movements draw veins that leave tracks of blood.

- Level 2 – Put you down
Ones value is measured by the diminution of the other. Two elements in the form of screws are stuck on the ground. The only possible action is to hit the ‘opponent’, sinking him more and more.

- Level 3 – Capital
Excess: each player controls the position of falling objects. These objects fill the whole screen until there’s no more space for the player. This level deals with themes like consumerism and the necessity of filling all the empty spaces in people's life.

- Level 4 – Mimesis
Standardization: critic to fashion and the imitation behavior. Abstract shapes pass through the screen and the player should change his own shape in order to become similar or different from the others.

- Level 5 – To the Future
Decadence: Melancholic ending where both players goes down a 45 degrees ramp. The only possible movement is delaying the arrival of the bottom.